Everything (and we mean it) about Planetary Retrograde!

Have you ever wondered what that one friend you’ve got is on about when they’re posting about Mercury is Retrograde? Now, that may seem like a great excuse, especially as it happens several times a year but, if that’s the only retrograde you know about - boy, you’re selling yourself short. In our heliocentric solar systems there are lots of things that according to astrology, can have a tremendous impact on your life beyond making your friends and loved ones roll their eyes on social media.

Technically speaking, from an astronomer’s standpoint, there are really only 7 planets that exhibit apparent retrogradation. Pluto is forever getting shafted here, but it, along with Kuiper Belt objects and asteroids also do this. There is also speculation of something we call The Hypothetical Far-Out Planet, which you may be saddened to know is not something Cheech and Chong discovered. I know, I was crushed, too. The point is, pick your poison. At any given time, the odds are pretty good there’s a planet or object or otherwise in retrograde.

Given many of our current political environments it seems perfectly appropriate to take you back prior to the Age of Reason. The short answer, which is just about the only thing scientific sites and fluffywoo sites have in common: retrograde motion is just an illusion of a planet moving backwards. There is, a bit of irony and perhaps some philosophical fun to be had in unpacking the fact that something like this would have such great impact. Times as they were, astronomy and astrology were like two sisters in the same family but no one had figured out one was a little weird, just yet. In fact, we owe most of the solid science and understandings of astronomy to ancient belief in astrology. Astrology has since started hoarding way too many cats and is burning incense to try to cover the smell.

Typically, planets move from west onward east through the starry sky. Many astronomers had noticed this and were a bit confused. It was Galileo who, at the time, mistaking Neptune for a fixed star, started noticing and drawing something weird he’d observed two years in a row. In 1612 and 1613 he had essentially discovered Neptune, but because he didn’t think it was a planet, he gets no credit.

In his defense, at the time, since about AD 150, astronomers had been working with what’s known as The Almagest. We can get into the linguistics there but essentially, “The Greatest.” The work was written and presumably worked out by Ptolemy. Also originally known as Mathematike Syntaxis, or The Mathematical Arrangement, this explained retrograde planets based on something called deferents and epicycles. It was actually a total of 13 books, based on an argument of a geocentric, spherical cosmos. It is pretty compelling stuff, but, as with most loudly-proclaiming to be the greatest, it was wrong. Not only was it wrong, it had been based on the work of Hipparchus to the point that some historians believe Ptolemy may have been one of history’s most successful frauds.

In a nutshell, it explained that a planet moves in a small circle, called the epicycle. At the center of said epicycle is moving in a much larger circle called the deferent. To visualize this: put a marble in the center of a hula hoop. The marble is Earth. Now, take one of those unmanageable Stevie Nicks style bangle bracelets on the hula hoop. The bangle is slowly making its way around the hula hoop, but, as it does, there’s another marble ON the bangle, which is rapidly moving around it: and this is the planet. This all made much more sense at the time, until about the Middle Ages when they found they had to just keep adding more and more epicycles. It kept getting more complicated trying to keep Earth as the center of the universe.

“Of all discoveries and opinions, none may have exerted a greater effect on the human spirit than the doctrine of Copernicus. The world has scarcely become known as round and complete in itself when it was asked to waive the tremendous privilege of being the center of the universe.” —Johann Wolfgang von Goethe

So, enter Copernicus. Now, at the time, astronomers and other “learned men of science” were not really held in high regard by the biggest and most powerful entity at the time: The Catholic Church. Copernicus, on the other hand, actually was. It was another rising religious super power at the time who had a big problem with the idea that the Earth wasn’t the center of the universe: The Protestants. While that’s a very interesting sidenote to the point here, scientists are used to churches having issues with science. It's when other scientists start in that you tend to have problems, and he did. He essentially said “All these theories based on Aristotle’s work ages ago, they don’t really explain a unified universe. How about we stop with this “save the phenomena” and get some facts? What if, hear me out, The Sun is the center of the Universe?”

No one’s exactly sure when he started promoting this theory. We believe it may have been sometime between 1512-1514. We do, however, know that in The Commentariolus, he essentially said something like this:

You know, those widespread theories of Ptolemy and almost all the other astronomers have good, consistent math, and that’s great. But, though they’re super complicated, I notice they don’t really conceive certain equalizing circles and that’s kind of necessary because if we’re explaining how planets move like that, it doesn’t make sense without those. I’m kind of wondering if maybe, since the rule of perfect motion requires it, would it not be a little more reasonable arrangement here that we could use to explain the irregularities even as things are moving uniformly?

Which is essentially what most scholars believe was his tactful way of saying “Ptolemy's equant is a fat load of crap, which probably means the rest of this is, too.” And essentially, this is when Copernicus went through and started fact checking everything in respect to other possible violations of uniform circular motion which, led him to posit the heliocentric theory. Much ado has been made about how the Hermetic and Neoplatonist philosophies may have factored, but the more likely answer here is that he carefully analyzed the existing planetary models and just deduced that they didn’t make any damn sense. Considering his heliocentric model was initially much more complicated than the Ptolemaic Word and Numbers Salad, theories it may have been for aesthetic reasons also fall a bit short. In any case, the geocentric model didn’t really explain why sometimes the planets go backwards, but the heliocentric model did.

Around the same time that Galileo was mistaking Neptune for a fixed star, you then had Kepler, fleshing out Copernicus's work to correctly define planetary orbits. Another interesting piece of history here is he was tasked by his teacher, who also held the belief that the Earth was the center of the universe, to do it. Eventually, you’d get into Newton’s Philosophiae Naturalis Principia Mathematica, but basically, all this work in addition to explaining quite a lot more. It explained why retrograde planetary motion is an illusion and this is because of the relative positioning of these planets, the Earth and how they orbit the Sun.

As Above, So Below

So though it is clearly quite possible as evidenced by hundreds of sites out there doing so, I don’t feel like it’s really possible to get into astrology without illustrating the history of astronomy. They are intrinsically linked for many highly debated reasons, but it is what it is. This holds particularly true for me in respect to these retrograde planets and their influence in astrology. Because just like astronomy evolved from the primordial goo of theology and other wild influences, you can, too.

Retrograde cycles and understanding them are a great way to outline how you do it.

Why is it we see so much more emphasis placed on Mercury Retrograde? Well, that one’s an easy answer: Mercury is a zippy little shit and it “goes retrograde” 3-4 times a year. It began picking up steam in about 2009 as the raison d’être for all things tech, communication, and scheduling FUBAR but really, the trend goes back to about 1980. This coincided with a couple of things in the timeline which may explain it. First, newspaper horoscopes began making a nice comeback in that time. Though Naylor had written the first newspaper horoscope in 1930, he sort of screwed the pooch when it came to predictions about WWII and their popularity waned for a while. What else was just starting to gain some traction in 1980? Home computers and the internet. Even by 2005, though, social media wasn’t really a popular thing, boasting something like 5% use in the US. Some of you whippersnappers will talk about Myspace: but do you remember Friendster? Maybe Six Degrees? Get off my lawn. That said, in 2009, Myspace, on the other hand was going like sparkly glitter vomit gangbusters, though Facebook, having just expanded its userbase had surpassed it in 2008.

Coincidence? Look, this is astrology so: I THINK NOT.

Given what Mercury rules, well, it’s kinda a given. Mercury rules communication, technology, intellect and awareness. Kind of a no brainer, then, his backwards moonwalk’s going to become popular on the internet for causing all sorts of problems.

And that’s actually how the rest of the planetary retrogrades work in a nutshell! Whatever that planet happens to rule is going to go backwards during their retrograde, save for one.

Whether you believe Pluto is a planet or not: when Pluto retrogrades, Pluto just gets even more Pluto. Little, weird, and hotly debated, this probably sounds like a great reprieve from all this retrograding, throwing wrenches into all kinds of gears. It is not. When you’ve got a planet that rules the subconscious, the transformative, an obsessive desire for control and power, but also to use the new age vernacular “growth,” the very last thing you want is for it to turn it up to 11 and, well, that’s exactly what it does.

Throw in that each one of these cycles interacts with the unique cosmology of your own birth chart, as well as that in a general overall sense, my god, man, you are at the whim and will of planets at all times! Could make for a really effective, albeit shaky, alibi that doesn’t hold up in court. You could stop posting ridiculous meme after meme about how all of this makes you a giant asshole.

There really isn’t a planet, retrograde or otherwise that you can use to explain that decision you just made. For that, you’re on your own. We’re just here to help you navigate the myriad of influences you’ve got on you all day every day. 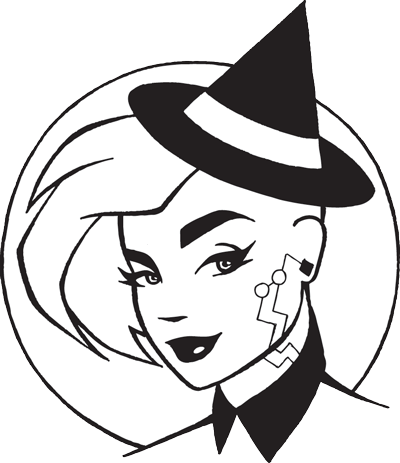 Subscribe to ChipWitch Today and receive fun and informative updates. We promise not give away or sell your email address and we'll never spam you!